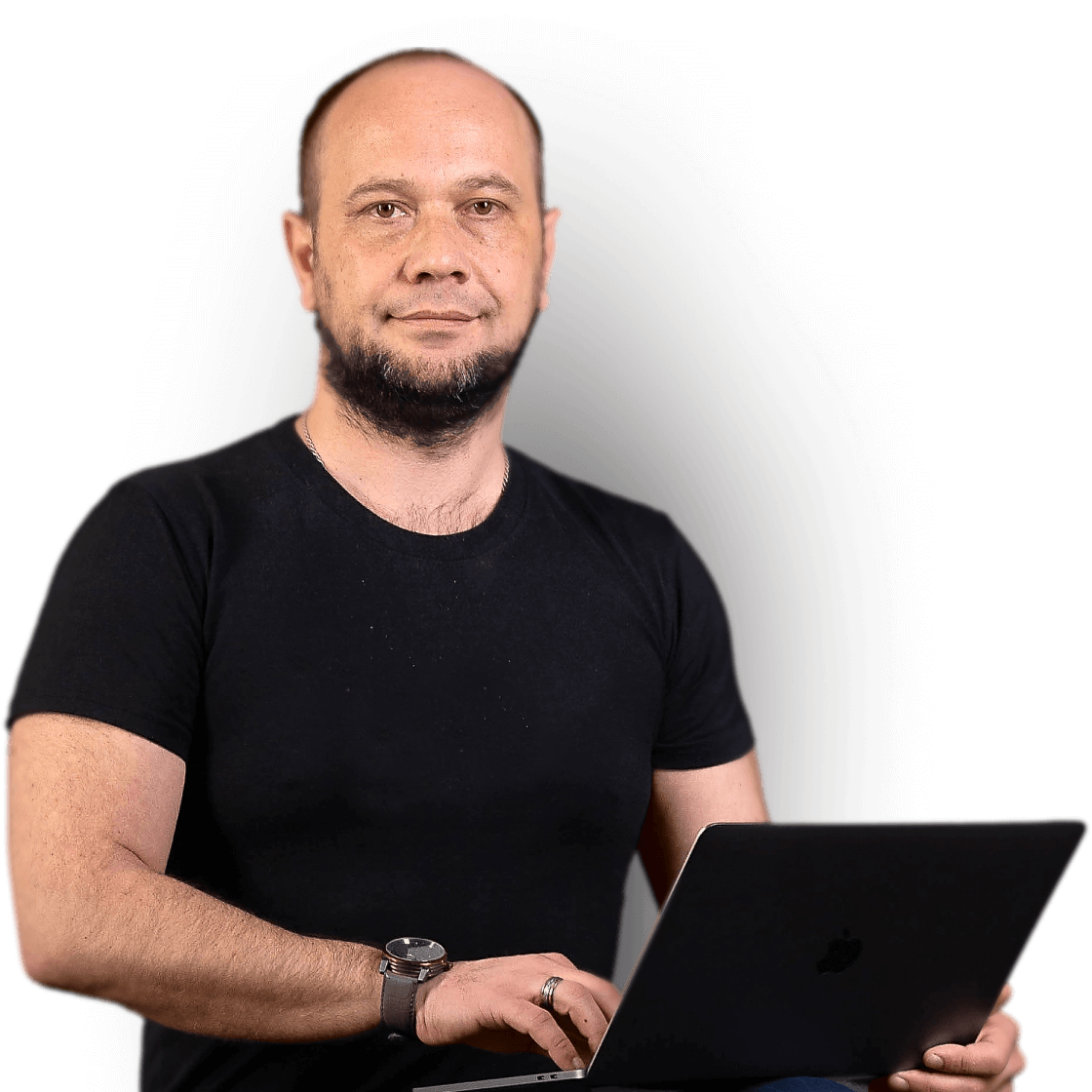 Shopify Customer Service for Your App

Your clients are satisfied. Your business keeps growing

We create the stories of success for Shopify apps of our clients. We know how to develop and support apps. That is why we share our experience, ask questions, and build a road to success together with our partners. We collect stars! Following your needs, we will develop Shopify customer service and help you to build a client-oriented business

Are you sure your customers get the support they deserve? If any doubts – we are here to go through any Shopify chat support inquiries. Together we will settle on Shopify customer support points that need to be fixed, improved or re-designed. 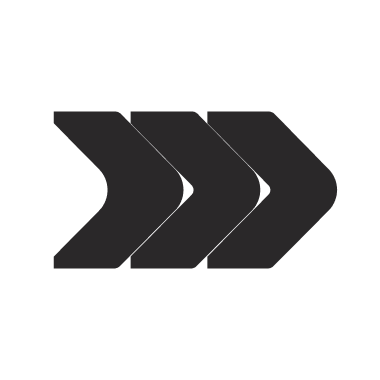 Why should you integrate Shopify help centre into your store? What goals do you pursue? What exactly do you expect from the Shopify customer support app? By answering these simple questions, we reach the core of your needs 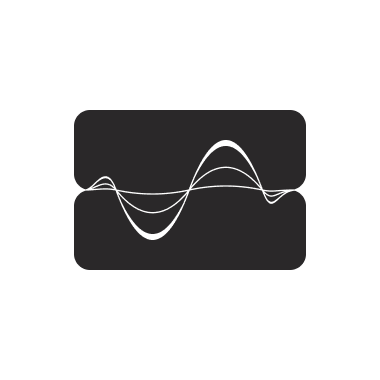 Our experience in Shopify customer service live chat integrations pulls us through the process of strategizing. We do not lose time figuring out how everything works. We already know that. By this, we minimize any risks and operating costs at the stage of analysis 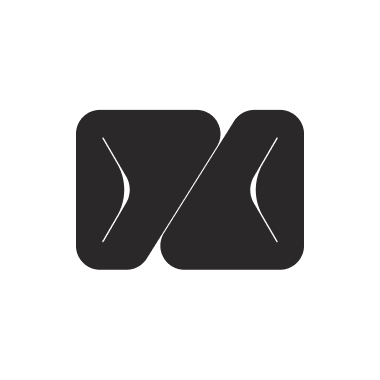 You, as our partner, give us priceless information on requirements to Shopify customer support you need. We, from our side, use this information to develop, integrate, and maintain live chat to your store or app

We are your assistant in supporting your customers

We put meaning to your communication with customers by introducing Shopify customer service chat. We value your time and the time of your team. We respect the time of your customers. We know how to grow the number of processed requests. And are ready to do that for you.

Team 100% built from scratch. Now it is listed in the Top 5 Best 24/7 support teams for Shopify apps.

The average position of the main app in the Shopify Apps Store has been improved by 300+ points. Now it is listed in the Top10 Shopify apps.

Knowledge center with step-by-step onboarding process that requires control only at 4 stages.

Workload of BizDev team decreased by 70% by modernization and optimization of business processes and time management.

The customer satisfaction rate increased by 99.6%.

“Great experience. The support is fast too. This Shopify customer support chat app really pays for itself! I would recommend it to anyone.”

the average position of the mother app in the Shopify Apps Store has been improved by 150+ points. Now is listed in the Top100 Shopify apps

the customer satisfaction rate increased by 99.1%

the average position of the mother app in the Shopify Apps Store has been improved by 2000+ points. Now is listed in the Top700 Shopify apps.

the customer satisfaction rate increased by 95%

“Wish I could found this Shopify customer service app earlier! I'm 200% satisfied with MBC Bundles and their super pro service team! The App is very easy, straightforward to install and set up (you can also request for their developer to install it for FREE – which I did.) More importantly, I'm very impressed and appreciated their quick response/action! I also asked them to help me change the font type of the bundle widget, and everything was done within 48 hrs. Highly recommend!”

Helping you keep up with the customers

Business cannot exist without customers. Clients are the soul of any company. Until you have them, you keep developing and growing. But when you lose them, your business losses its soul. We will help you to keep up with every customer! 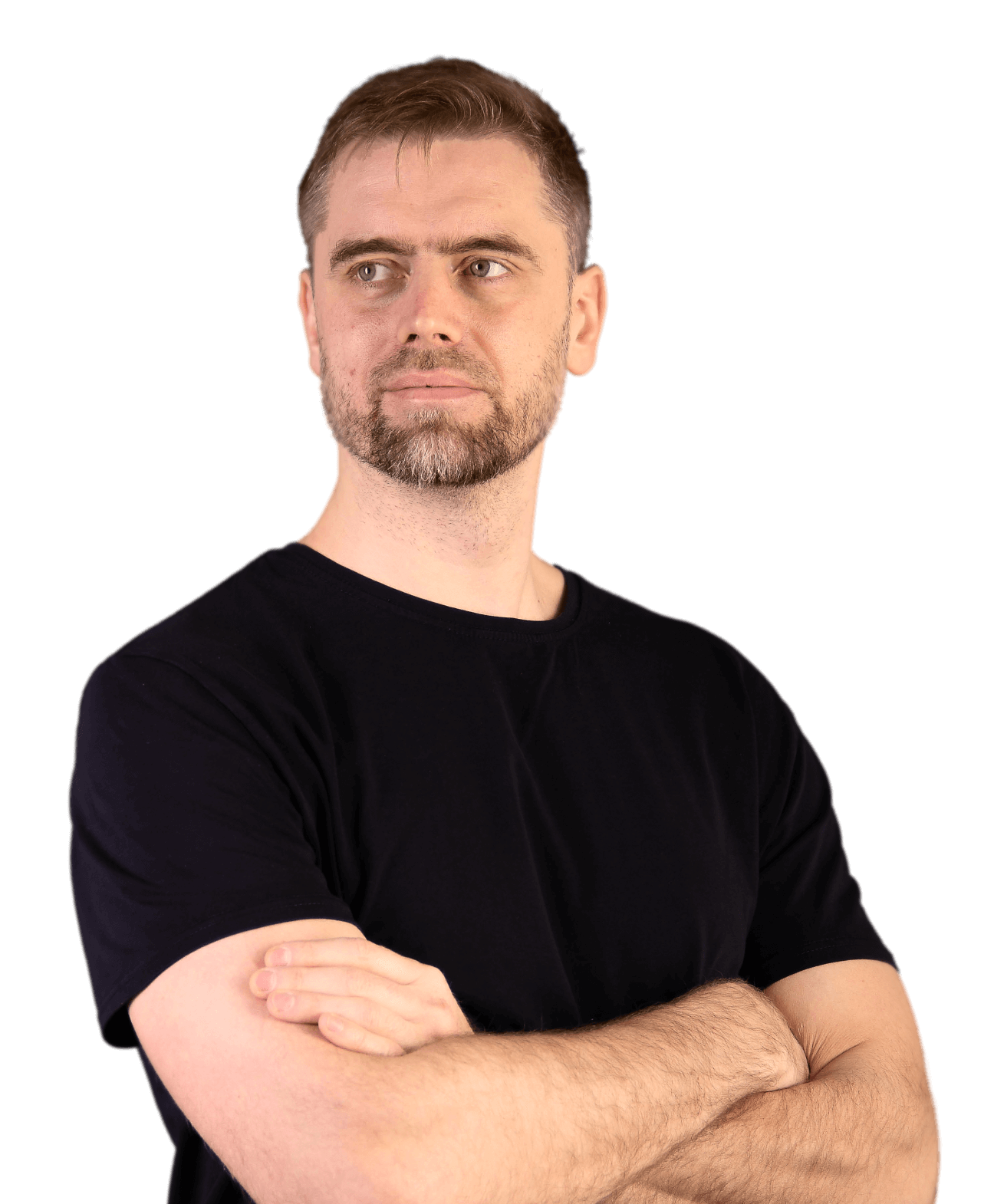 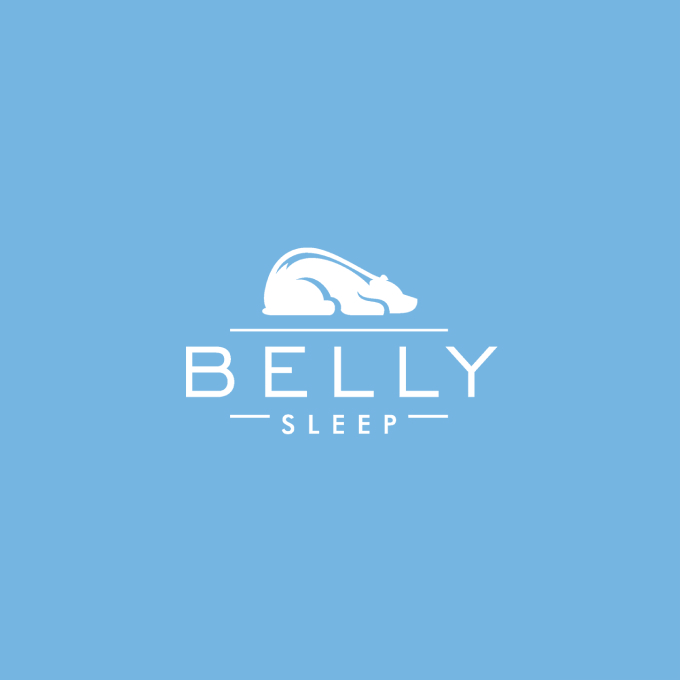 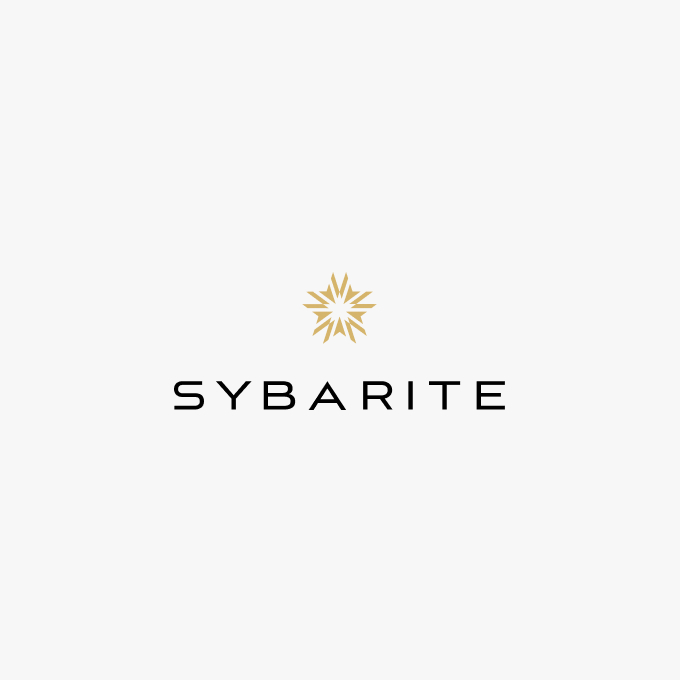 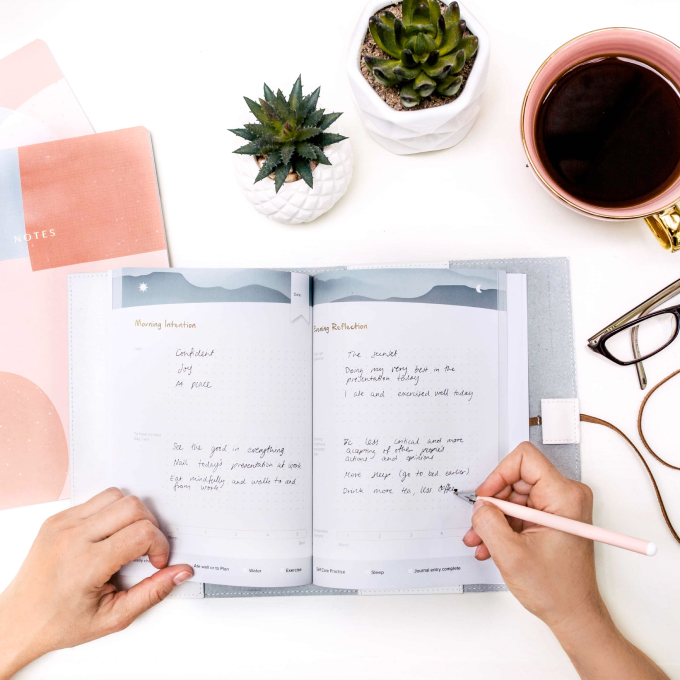 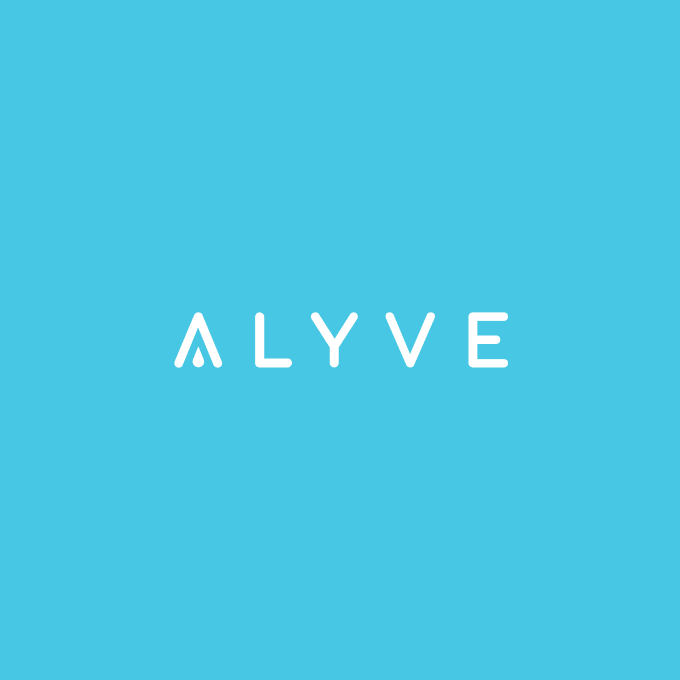 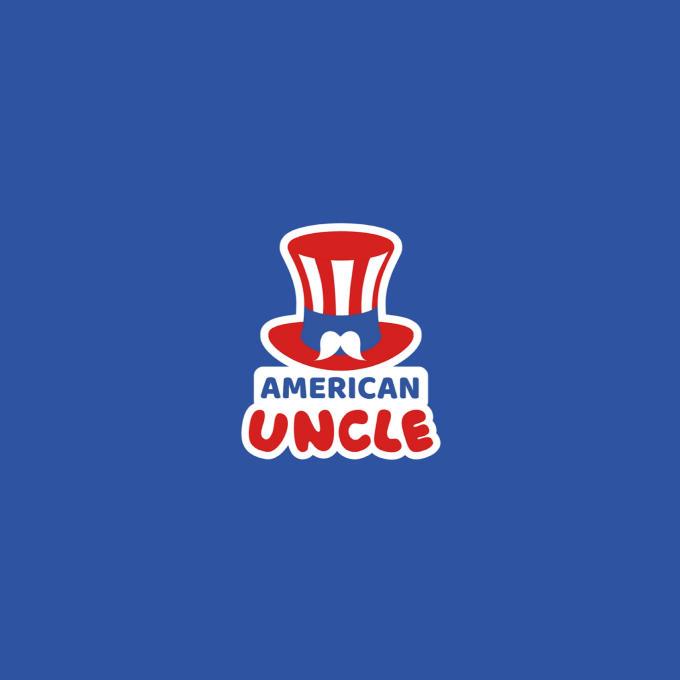 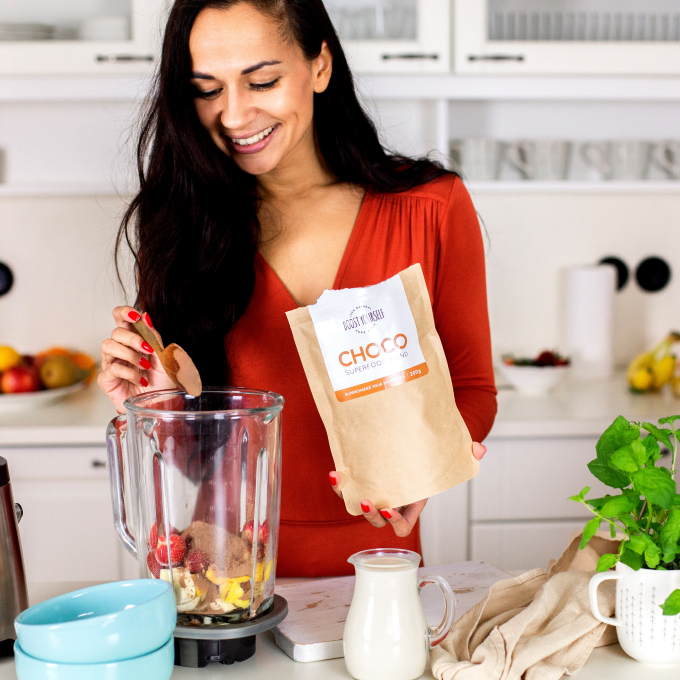 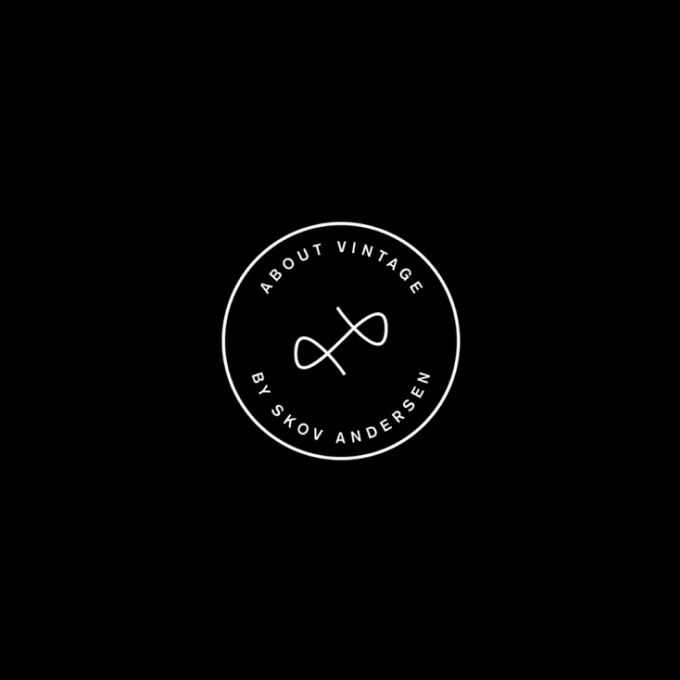 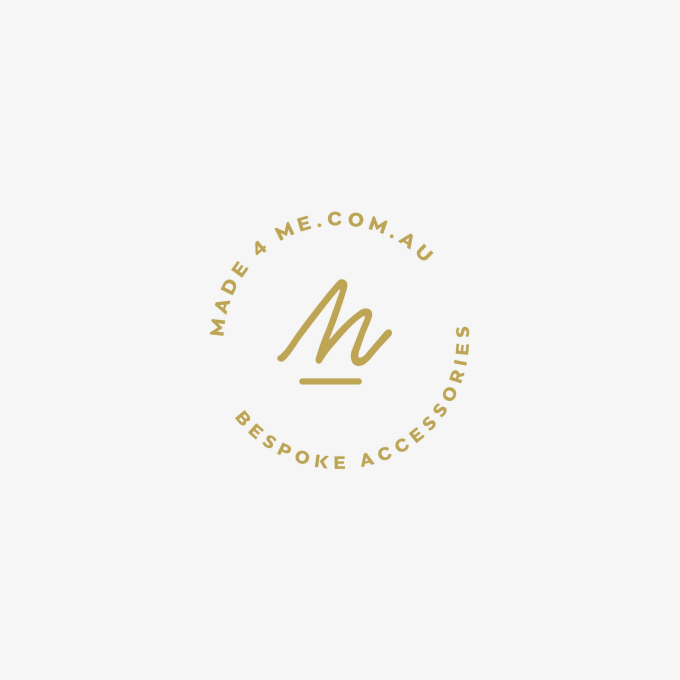 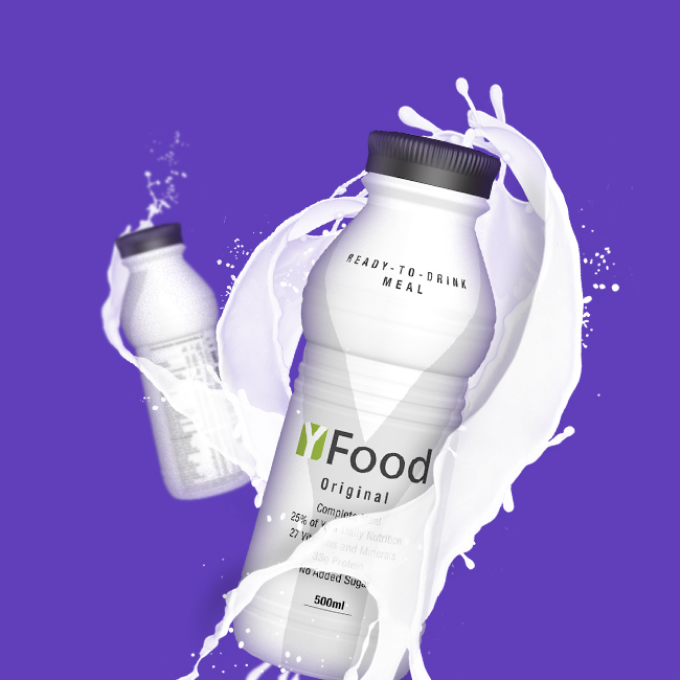 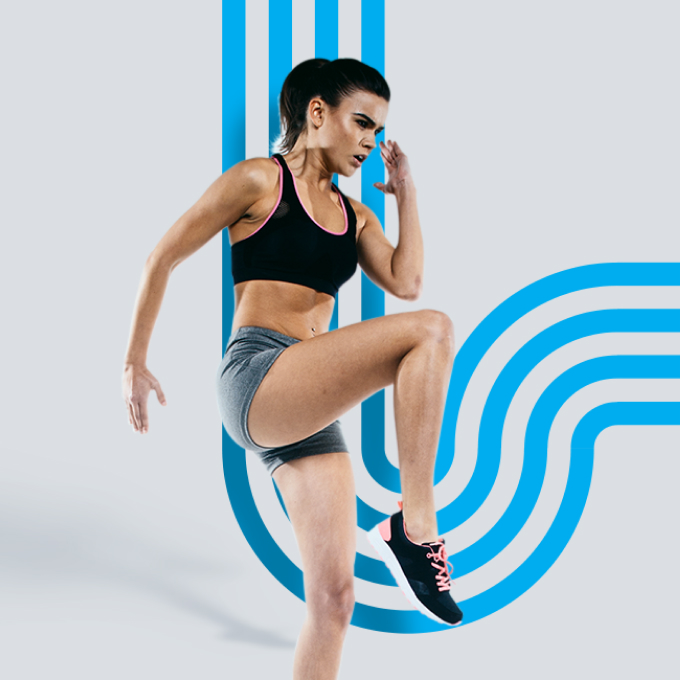 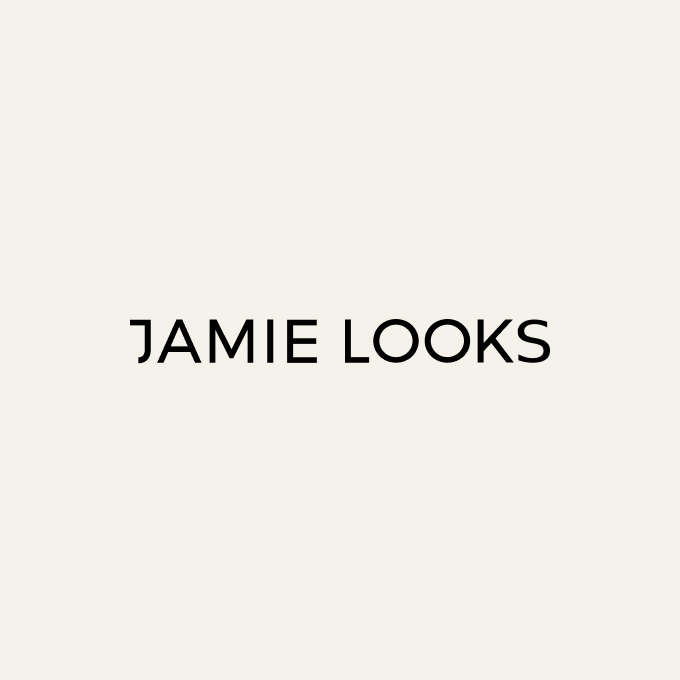 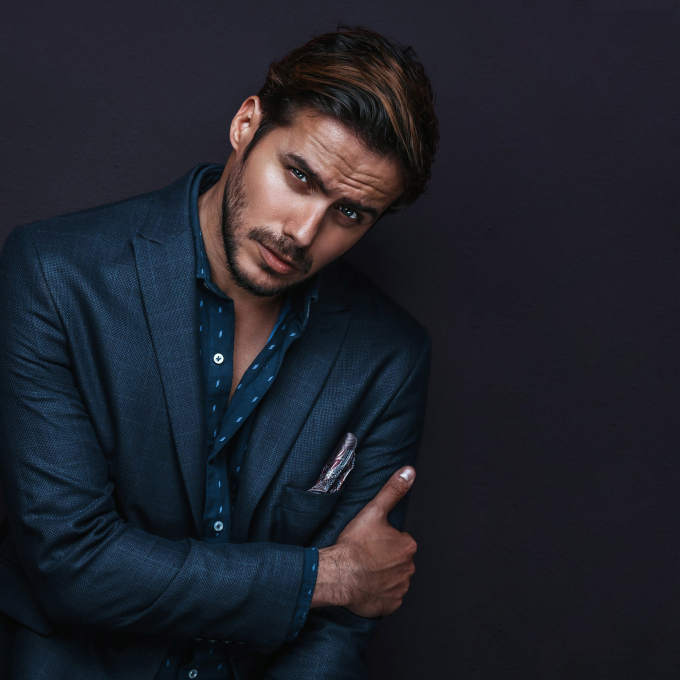 Our support 24/7 for your Shopify live chat

The request may appear anytime. Shopify live support working 24/7 is the best option for your business. With a live chat integrated into your store, any request will be processed as soon as possible. Whatever happens, your customers get the assistance. That is what they appreciate. And that is what makes them trust you

5 steps to introduce Shopify customer service to your clients

Prepare for a new life with better support. Just imagine no more busy mornings with hundreds of requests from customers. Shopify help chat helps to process requests as soon as they appear. Moreover, we will help you with Shopify support automatization, and your customers will get responses even faster 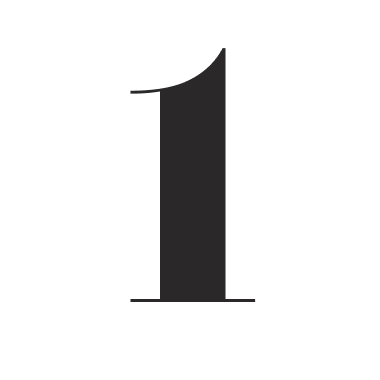 First, we analyze business goals. Why exactly do you need Shopify customer service? 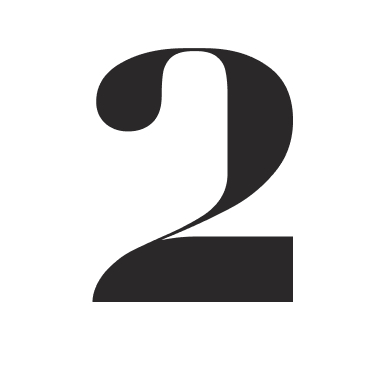 By developing a strategy, we know how to move further. We determine key checkpoints and start to work on Shopify customer support chat. 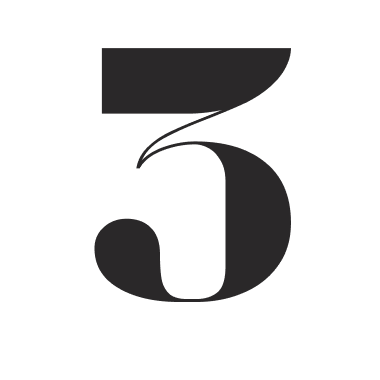 Step by step, we create a roadmap for development and integration. You will know what happens at every stage of our partnership on Shopify customer service development. 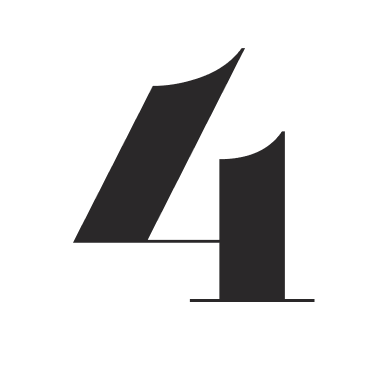 No one can help customers better than a professional support team. We can help you even with building it! 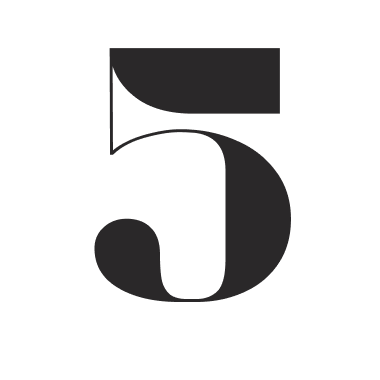 We need to know how clients feel and use the app. That’s why we regularly request their feedback. 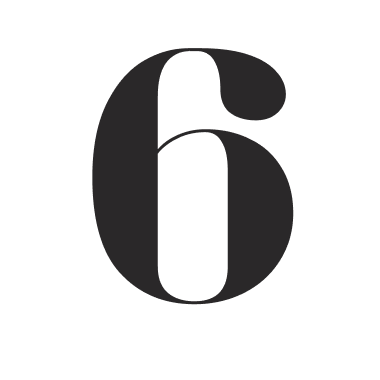 We keep improving your apps considering user experience, customer behavior, and any changes to your business goals.

Give your customers a chance to contact Shopify support whenever they want. With this option, they feel protected. They feel that you take care of them. They feel you are by their side, just like we are by yours

Over 10 years in
e-commerce

Your partners in Shopify support

MakeBeCool is more than just a Shopify customer support company. We are your friends. We are leaders. We are dreamers. We are entrepreneurs. We are as proactive as you are.

Since 2010, we’ve been building a team that is focused on your goals, a team open to any changes, and a team driven by the process as much as by the results

In 2010, Andrey founded Shopify development company MakeBeCool to enhance business experiences in cooperation between partners and team and professional development and expertise.

In 2015, Maksym joined our Shopify development company to strengthen the design team and enhance projects UX/UI.

Dmitry joined the team after the merger of MakeBeCool and Foridev to deepen our Shopify development services expertise.

We always struggle
for more

Grateful and satisfied partners mean for us more than any award. However, awards prove that we’ve chosen the right way

Effective Shopify web development is our pride. We know how to do that, and we know that our development services deserve the highest rates.

Clutch, an online client review guide of the leading IT, marketing, and business services companies, added us to the 15 best web development companies.

Top 15 in the wolrld on Clutch

Upwork rated us as a top Ukrainian Shopify development company. Along with other companies, we provide a full circle of e-commerce services for Upwork users.

We reinforce our team with the partners who eventually become part of our team. By sharing our knowledge and experience, we manage to create better solutions for everyone.

As a result of our achievements as a Shopify development company, we attained a favorable NPS score. Our partners recognize us for overall satisfaction with provided services and the high quality of delivered projects.

We root for making your online presence problem-free and effective. We are proud of your trust – 75% of our partners have been growing with us for more than three years! 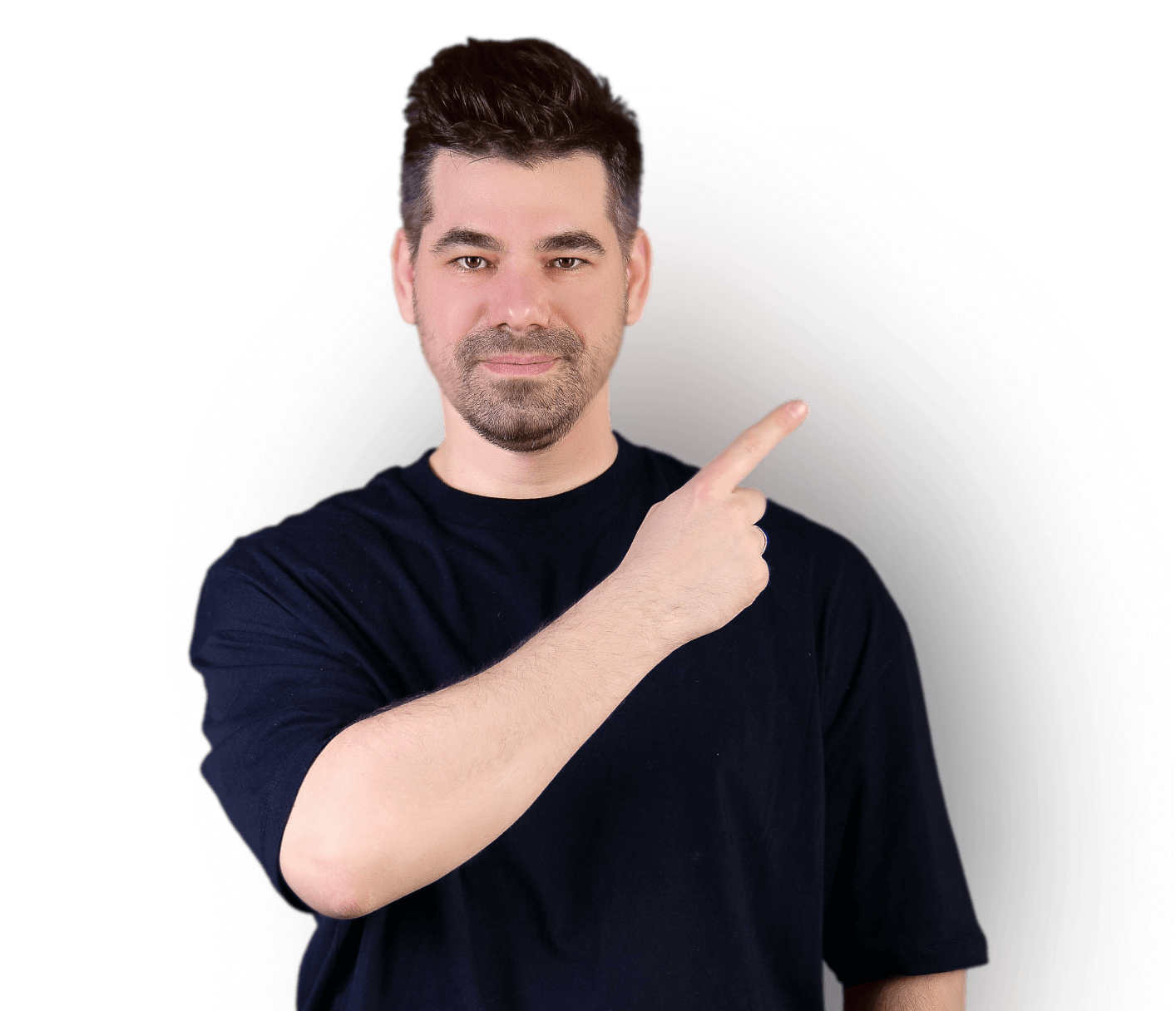 Do you need Shopify customer service for your store? When you do not have a chat option or support form on your Shopify store, your clients feel lost. What should they do if something happens? We are here to help you in the improvement of communication with your client. Contact us, and we will analyze your current situation and develop a strategy for further cooperation and partnership

Thank you! Your submission has been received!
Oops! Something went wrong while submitting the form.

Any questions left? Maybe you will find the answers here!

Everyone tells Shopify customer service is important. But do you really need it? Or maybe it’s just a waste of money? Feel free to contact us anytime, and we will tell you everything we know about Shopify chat support. But till you are here, please check answers to the most frequently asked question. We bet you will find something that bothers you!

Why does your Shopify app need live chat?

It’s a better and faster way to connect to your customers. It engages your clients in a real-time mode, so you can help in fixing their problems right here and now. Besides, you can introduce automatization to Shopify live support, which can reduce your team's workload.

How much does it cost to develop a live support form for the Shopify app?

We work with our partners case-by-case. We find the best solution for your business, discuss the options, and only then agree on the costs.