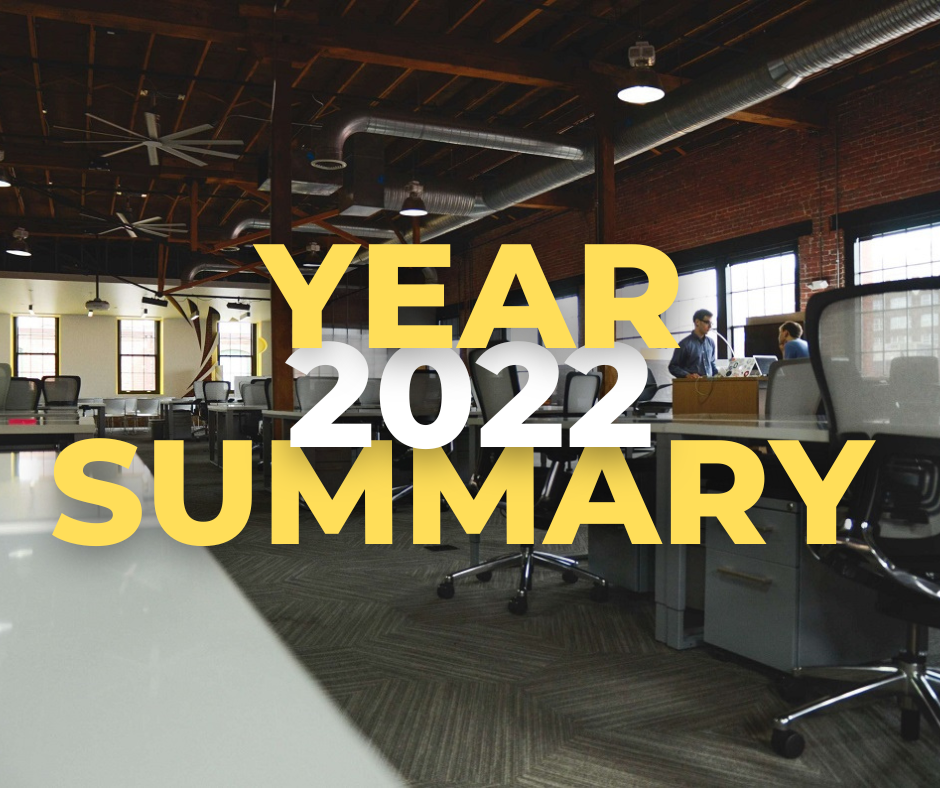 The past 2022 year wasn't the best of times in e-commerce. Today it can be safely said. And there were signs of a future slowdown in e-commerce growth even before the events in Ukraine.
While media and analysts were discussing the year's trends and various significant changes in the management of large retail companies, we observed an abnormal rate of business closures for January. The peak of closings occurred in the third week of January. And as a result of the period from Jan 1st to Feb 23rd, we lost up to 3% of merchants. And this is not the usual churn when the user changes the product they are using. These were business closures due to their own financial problems. And this is right after the end of the Christmas sales when the revenues are breaking records. Very weird.

It is difficult to convey in words what our team has been experiencing those days. The major part of our team was based in Mariupol back then. The city was one of the first to be on the front line and was surrounded by invading forces.
Under these conditions, the thread of what was happening in the rest of the world got lost for us. We spent those weeks working on moving our team members and their families to safe locations, ensuring the performance of our technical infrastructure, attracting third-party assistance to those who could not safely leave the city, and funding for the defenders of Ukraine. Already in March, we set up work in the new conditions. Now it has become a team scattered across the world working completely remotely.

Meantime, a supply chain crisis unfolded around the world. Inflation began to accelerate on a global scale and reached its historical highs in many countries of the world. Surplus inventory levels have risen sharply. E-commerce growth continued to slow. By April, the bad news had everyone involved in e-commerce worried that things were falling apart.

But as you know, the disaster did not happen. We all adapted and began to work better than before. We have seen how many stores have managed to change their strategies and capitalize on trends. And we also did not sit idly by.

‍What has been done over the year?

‍During the year, our team made 18 releases. With these releases, 59 improvements have been implemented and several features have been added to the application.

In order not to go into details, we will focus on those improvements that mattered most to our users. First of all, these are several iterations of improving the speed and stability of the application. This is one of the decisive factors affecting the conversion and the quality of the user experience.
Secondly, an API was created, and with its help, a deeper customizing widget became available to users, as well as integration of a mobile application. After all, e-commerce today goes far beyond web platforms.

But the decisive breakthrough in performance was the introduction of Recommended combinations. It is an automation system based on best-selling products - which allows the creation of bundles in just a few clicks. This is what many sellers were waiting for. As the majority of stores either don't have competencies in sales analytics or enough time to work out bundles, a lot of them simply did not create enough bundles or bundles are unsuccessful and not interesting for buyers.

The introduction of recommendations removes this issue - the user is immediately offered options for bundling that will bring sales. At least, this is highly likely because the recommended goods have historically shown good conversion. And the composition of the bundles has already proven itself well in sales in other similar stores.

It has become extremely easy to achieve effective sales from the very start of using the application. Sounds cool, doesn't it? But that's not all. The next logical step was the implementation of Automatic recommendations. This feature boosts revenue in just one click. Sounds crazy? Let's take a deeper look. Our AI algorithm analyzes orders and creates bundle recommendations based on them. Recommendations are shown up as a frequently bought together widget on product pages. You just need to enable it in your dashboard and wait a bit.

All the improvements made it possible to satisfy the new needs of merchants. We have shown a lot of customer care. We communicated a lot, collected the users’ wishes, and delved into their goals and objectives. The solutions offered to merchants have performed well, resulting in double growth of the 5-star reviews number we received year-over-year.

‍Why are we confident in the positive results of the year?

Let's take a look at the numbers!

During the year, merchants created 28% more bundles for their stores than in 2021. At the same time, our merchant's bundle sales increased by 70%.
We see a significant increase in the result with a smaller increase rate in the effort invested. That means a 40% increase in our product conversion due to the improvements in the application made during the year.

November, of course, is when the hopes and fears of all e-commerce converge in the BFCM period results might prove disappointing.

If we talk about the sales results for the year, they have become more than positive for our users. The total sales of all our merchants have doubled over the year, and their processed orders number has grown by 46%. That is a very significant result.

And this means that, on average, the AOV of our merchants has increased. If we talk in general about the aggregate indicator, this is an increase of 44% year-on-year. Of course, each store has its own indicators, and they can vary greatly from each other.

In conclusion, it was a difficult year, the first six months of which were very pessimistic, but in the second half - we managed to adapt and turn the situation in many directions in our favor. Now we are looking to the future with restrained optimism. Every year we're driving and building our strategy for our products, services, and internal processes to enhance our merchants with competitive advantages. As far as they grow - we're growing too.

MBC allows you to create beautiful, converting bundles that help you boost sales on autopilot — you just need to set up the app once, and see a crazy AOV increase. Create an offer for a few products that are cheaper than buying each of them separately would be What Types of Discounts are there in MBC Bundles App for Shopify?

Product Bundling Strategies: What is product bundling, and what is it for?