How product bundles worked for a shopify store in the sleep segment?

Patrick James, a Head of Operations at Sonno Malaysia, shared with us their story, the results of using the MBC Bundles App, and the brand plans for the future. https://www.sleepsonno.com/

“Sonno has been successfully using the MBC Bundles app for more than three months now: it is one of the most highly customizable bundle apps we've tried “

Sonno was founded in 2017. It started off with very few products, and after some rigorous R&D, decided to break that segment. Another mattress and about seven or eight different SKUs were added, at that point.

“I have been here for about two years, and since then we have developed weighted blankets, bolsters, bedsheets, mattress protectors, and toppers... And so we are trying to diversify and have more items. But I think the most sort of item was the bedsheets. “

And that variation itself brings the number of SKUs close to 100. For now, Sonno is pretty much covering the entire Malaysia and Singapore. And have plans to go to other countries as well. Also, Sonno is going to look into the offline model. It might be launching their first store - that might be a new beginning for many more others.

What bundling strategies were used?

“We choose products for bundles based on queries and on the inquiries from our customers themselves. So, when we saw that most of the customers were, actually, purchasing the mattress plus everything else, we were giving out mattresses, pillows, and bolsters during promotional campaigns. “

Promotion in season is one thing. But in the off-season, buyers may want the same thing too. So instead of forcing them to call and try to find out if there's a promotion or something, why not just make product bundles an ongoing activity in your business? This way, customers know it's a discounted package and they immediately go out and buy it. A simple and great way to increase your AOV and make your customers happier.

“Also, we haven't done that yet, but our bundle creation process will be based on inventory as well soon. So when, like for the current time, let's say, we have more bolsters, then we may try to do a small combo deal where we can push all of them through. “

Customers actually don't want to spend too much time looking into individual products. So they just want to go see A, B, and C and straightaway add it to their cart and make the purchase.

— Are you happy with the results MBC Bundles brings you?

"Yes, we are definitely happy. We built a beautiful page around it, and a story around it, so we're very much happy and also with the contribution from MBC and how customizable it is.”

What metrics to look at?

“Regarding the metrics - we are still studying and still trying to create metrics on how to calculate the success created by the app. “

You will of course look at the conversion and the number of bundles sold. But we should not forget about the indicators of the average order value and total revenue. Then an unexpected view of the situation may open up.

For example, the Sonno Cuddle Bundle, sold in quantities of 28 in app usage period. The Cuddle Bundle is basically the pillow and the bolster that higher conversion compared to the rest of the bundles were expected. But also Sonno Starter Bundle was launched that consisted of a topper and the bedsheet. It was sold in almost equal quantities as the Cuddle bundle. But revenue-wise, it was about 68,000 RM over there compared to the Cuddle bundle that only gave 7,000 to 8,000 RM revenue. So, despite the purchase of being 28 for the Cuddle bundle and the Starter bundle, the last one brought much more revenue.

“We are still working on the metrics, but currently, we are just trying to analyze and see if we need to change certain products in the bundles or do we need to create something completely different.”

“ — What would you tell the customers who are just considering using the MBC Bundles app?
Do not consider - subscribe to it immediately! :)“

MBC allows you to create beautiful, converting bundles that help you boost sales on autopilot — you just need to set up the app once, and see a crazy AOV increase. Create an offer for a few products that are cheaper than buying each of them separately would be 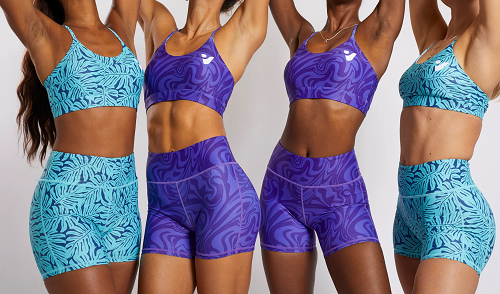 How matching product bundles can affect AOV and brand awareness?

Home fragrance brands made a shortcut to growth with the MBC Bundles app!